One of the most common risk issues during pregnancy is high blood pressure which is also called hypertension. The arteries carry the blood from the heart to all the organs of the body. Sometimes, these arteries are narrowed to why the normal flow of blood is disturbed leading to high blood pressure. During pregnancy, this risky condition creates obstacles to reach blood flow to the placenta through which oxygen and nutrients are provided to the fetus. Reduced flow of blood is a risky issue to the health of the fetus. Because of the high blood pressure, the pregnant mother stays at high risk of preterm birth and preeclampsia, a condition in pregnancy characterized by blood pressure, sometimes with fluid retention and proteinuria, the presence of abnormal quantities of protein in the urine, which may indicate damage to the kidneys.

Risk issues during pregnancy include gestational diabetes. When a woman, not having diabetes before pregnancy, develops diabetes during her pregnancy, it is called gestational diabetes. Our body digests parts of the food we eat into a kind of sugar called glucose which is the main source of our energy. This glucose goes from our body to the blood. Our pancreas makes a hormone called insulin to take the glucose out of our blood to the cells or our body. Because of the hormonal changes in the body of a woman during pregnancy, the body cannot make ample insulin or cannot utilize it correctly to why glucose builds up in her body causing gestational diabetes or high blood sugar that bears the risks of high blood pressure, preeclampsia, and large infant and ultimately lead to cesarean delivery or c-section. Gestational diabetes can be prevented or managed following the treatment provided by a health care professional.

Infections and Sexually Transmitted Infections (STIs) increase the risk issues during pregnancy and delivery of a pregnant woman who has infected mainly surrogate mothers (madri surrogate). The baby can be infected when passing through the birth canal during delivery while some types of infections can affect the fetus during pregnancy through proper pre-pregnancy, prenatal, and postpartum care and steps can prevent many of these infectious diseases while the lack of proper care and steps may lead to miscarriage, an abnormal place or position of the fetus or the baby, preterm labor, birth defects like deafness, blindness, intellectual disabilities, or bone deformities, the birth of an infant that has died in the womb especially after its first 28 weeks, extreme health problems of the pregnant mother, and even a newborn death. Getting vaccine boosters for chickenpox, rubella, flu will help to cope with the risk issues along with the doctoral visits for the treatment of STIs best before one conceives through later treatment will be the earlier, the better.

Other than the in extended space over, there are other risk issues during pregnancy such as kidney disease, obesity, carrying two or more fetuses, blood and fluid passing from the vagina, chromosomal health issues, anemia because of iron deficiency in the body of the pregnant mother, persistent or severe nausea and vomiting including from the morning sickness, pelvic griddle pain, thyroid diseases and so on that at any time may endanger the life of a woman and her upcoming baby. 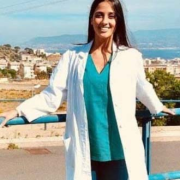 Scoliosis: How Physical Therapy Can Help?

STDs: Rare Channels of Being Infected

A to Z about Garam Masala: Ingredients, Benefits, Uses

How to Choose Best Anti Dandruff Oil for Hair Care