Once upon a time, mobile apps were built for just one platform. Times have changed, though, and now we’re in the era of cross-platform development, where apps are developed to work on multiple platforms from the start. That’s why you should choose Flutter for your next mobile app project, as it allows you to easily create beautiful native apps that will run on both Android and iOS. Here are 7 reasons why you should choose Flutter for your cross-platform app development needs.

Flutter is a cross-platform app development framework created by Google. It allows developers to create native-looking apps for both Android and iOS using a single codebase. Flutter is known for its fast development cycle, high performance, and beautiful user interfaces. What sets it apart from other cross-platform frameworks?

When it comes to app development, one of the most important factors to consider is the support and community behind the framework or platform you choose. With Flutter, you get access to Google’s powerful development tools and a large, active community of developers who are passionate about the platform.

It’s also backed by Google and its partner companies, so your app will be supported well into the future. In addition, Flutter provides comprehensive documentation with detailed instructions that even novice programmers can follow. For instance, its website includes a How do I? series with in-depth explanations on how to accomplish common tasks like formatting dates in different ways or requesting permissions from users.

Flutter is a free and open source mobile app SDK developed by Google. It is used to develop applications for Android and iOS from a single codebase. Flutter uses the Dart programming language, which is also developed by Google. The core elements of Flutter are its strong type system, reactive architecture, high performance compiler, beautiful out-of-the-box UI widgets and rich set of Material Design Components. Hire flutter developers on Fiverr for cross-platform application development projects!

Native apps are usually faster and more responsive than cross-platform ones. However, this is not the case with Flutter. This framework provides high-velocity development and superb quality at the same time. The thing is that code once written can be run on any platform, which eliminates the need for maintaining separate codebases.
In addition, thanks to Dart language and its Ahead of Time compilation feature, apps built with Flutter boast great performance on both iOS and Android devices.

4. Adoption in the industry

When it comes to mobile app development, there are many options available. However, more and more businesses are choosing Flutter for their cross-platform app development needs.

Here are reasons why :

When it comes to code structure, Dart is very easy to read and understand. This is due in part to the fact that it uses a C-style syntax. So if you’re familiar with languages like Java or JavaScript, you’ll feel right at home with Dart. The compiler also offers type inference and optional typing, which means developers won’t have to go through all of the work of assigning variables types as they compile their code.

However, this doesn’t mean that there are no restrictions on what you can do with your code. One common issue is naming; certain symbols aren’t allowed by the compiler because they could be confused with another symbol or used for functions that don’t exist yet. It’s best to err on the side of caution when choosing names so avoid using = or _ in your variable names.

When it comes to mobile app development, there are two major approaches – native and cross-platform. Native apps are developed specifically for one platform, while cross-platform apps can be used on multiple platforms. With a native approach, you have access to all the tools and services of the operating system you’re developing for.

But with a cross-platform approach, you have to code your app once and then deploy it on different platforms using the appropriate runtime (for example iOS or Android). One reason people may prefer a cross-platform approach is that they don’t want their source code released publicly under an open source license; with a native approach, your source code is available publicly if you use open source libraries.

Native app performance is key for a great user experience. And with Flutter, you can have that native app like performance without having to sacrifice any of the other benefits that come with cross-platform development. A lot of mobile apps these days are either: – React Native or Xamarin (C#), or Google’s own platform, Flutter.

It’s easy to see why developers choose React Native and Xamarin – they offer what some would call true native performance on both iOS and Android because they use their respective languages (JavaScript for React Native and C# for Xamarin). But what about Google’s own platform? Flutter uses a software development kit (SDK) that lets developers build mobile apps in Dart, instead of JavaScript like with React Native.

Flutter is a smart choice for any business looking to invest in cross-platform app development. By using a single codebase, businesses can save time and money while still delivering high quality apps to their customers. Additionally, Flutter’s hot reload feature makes it easy for developers to experiment and rapidly iterate on their code. And with the recent addition of web support, Flutter is now even more versatile. If you’re looking to hire flutter developers to help build your next app. 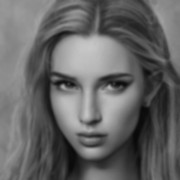 How Google Plans to Interact With the Google Cloud

Can I Get A Beginner’s Guide To Activate Cash App Card With Optimum Ease?

Don’t wait until 2022 to decide if a mobile app or website is best for your business – start planning now!