It’s a wonderful time to have a trip to Nelson Mandela’s Robben Island. We are all curious about historical events. If that information is available at hand then we have many more benefits. Today we will go directly to the real place of historical events and learn more details. This journey will be special for all of us. Come on, let’s all go straight to Nelson Mandela’s Robben Island.

Robben Island is an oval-shaped island measuring 3.3 kilometers north-south and 1.9 kilometers broad. Total area of 5.08 square kilometers discovered by a Portuguese mariner and explorer named Bartolomeu Dias in 1488. This island’s shore was once populated with a large number of seals. ‘Robben‘ name came from the Dutch word ‘seals’. It’s located at the entrance of Table Bay which is 6.9 Kilometers from the west of the coast of Bloubergstrand. 11 Kilometers from Cape Town.
It was the year 1652 when the Dutch arrived at the Cape and began to use this Robben Island for the purpose of a port. This was also been used as a grazing station for cattle and sheep. This island is visible from the mainland Cape Town, also known as a leper colony and whaling station but this was more popular for political prisoners. Before the year 1652, many visiting ships to Table Bay chose to land on Robben Island to restock their supplies of fresh water and meat, rather than interacting with the indigenous population on the mainland. As a result, it became a key location for mail exchange, with letters from departing ships being laid beneath an engraved stone for pick up and drop by a returning ship. This kept going after Jan Van Riebeeck arrived at Cape in 1652. He didn’t want to halt on the mainland (Cape Town) because he needed to establish a station where ships sailing from Europe to the East Indies could acquire fresh food and water. For hunting, there were lots of penguins, tortoises, and seals. The island’s potential for imprisonment did not go unnoticed, and the Dutch began to send their condemned convicts there in approximately 1671. It was only a matter of time until political prisoners and other “miscreants” sent to the Cape from other Dutch possessions received the same treatment. In reality, because they did not agree with Dutch control of their nation, the Dutch authorities deported monarchs, princes, and religious leaders from the East Indies to Robben Island as captives.

How long does it take to go to Robben Island from Cape Town?

Some of the inmates who spent time behind the bars on the island have returned to lead the country as presidents. Apart from former President Nelson Mandela who stayed there for eighteen years, former Presidents Jacob Zuma and Kgalema Motlanthe were also detainees who lived there as well.

(2) Robben Island is home to a wide range of bird species.

While visiting the area, you can spot Southern Right Whales, Cape Fur Seals, a variety of bucks, and a variety of other animals.132 species of birds recognized as using the area as their home.

(3) In the past, mentally ill persons and lepers were also housed there.

Although many people think of Robben as a location where those who charged with crimes imprisoned, there have been other persons also who have been sent there without having committed a crime. People with leprosy and mental disease were also secluded on Robben Island in the nineteenth century. The rationale behind this is that, in addition to being isolated from civilization, the climate was also thought to be healthy for them.

(4) A football league for island inmates used to exist.

Even though people exiled to the island, it was not all doom and gloom. The reason for this is that the inmates devised a way to keep themselves engaged with an activity. They organized a football league called “Makana Football Association” amongst themselves that exactly followed FIFA’s rules. The “Makana” name inspired by a Xhosa prophet who imprisoned on the island in the 19th century.

(5) The name of the site of exile comes from the seals of Robben Island.

As previously stated, the Dutch used the Cape as a port as well as a grazing area for their cattle when they arrived. Then, because of the large number of seals that had previously occupied the coasts, the name “Robben” given. Robben is a Dutch word that means “seal”.

Nelson Mandela had a garden on the island that he was quite proud of, according to jail guard Christo Brand.

(7) Today, some of the island’s inmates work as tour guides.

While the era of incarceration passed, it’s fascinating to note that some of the former inmates now work as tour guides. However, it’s important to note that some of these folks are only doing so due to financial difficulties.
In 1999, Nelson Mandela’s Robben Island designated as a World Heritage Site (WHS).
Criterion (iii) demands that a place offers distinct or at least outstanding testament to a live civilization.
According to criterion (vi), sites must be directly or visibly related to historical or living traditions, concepts, or beliefs, and creative and literary works of great worldwide value.
Prisoners subjected to brutal beatings and torture on a regular basis by cruel guards whose actions mostly unchallenged. According to former detainee Sipho Msomi, black inmates received the harshest punishment in what has been dubbed “South Africa’s Alcatraz”.

Amazing Places To Visit In Bermuda 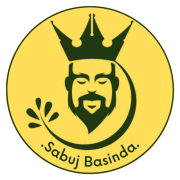 Planning a Vacation to Dubai? Avoid These Quirky Mistakes For a Safe Experience

Top Attractions To Visit In Cuba

Some Internet Questions that you Should Know before Start Make Money