The inhabitants of the United Arab Emirates take great delight in displaying their national identity by donning the traditional garb of their country (UAE). The following information will provide you with all of the information you need for Emirati national dress as well as suitable clothing and fabric for when you are traveling to the UAE.

The customary male attire in the Emirates.

Dishdashas and kanduras are two names for the same kind of single, long garment that men in the UAE traditionally wear. The word thawb is what people talk about when referring to this in Saudi Arabia. White is the color that is most prevalent in desert environments since it is the color that absorbs the least amount of heat of any other color. On the other hand, brown, black, and grey are the hues that are most often seen during the winter season.

Men are known to carry as many as fifty kanduras at once and switch between them during the day to create the appearance that they are continually wearing a new look. The version that is worn in the Emirates does not have a neck, which is different from the form that is worn in Saudi Arabia and Kuwait. It just has a very little quantity of embroidery on the upper part of each sleeve.

A ghutrah made of cotton fabric is necessary to be worn in addition to the kandura. Historically, they were worn to provide some protection from the harsh environment of the desert while concealing the wearer’s head and face. Shemaghs, like ghutrahs, are worn as head coverings. However, shemaghs are frequently made of stronger fabric and have white and red checks. Turbans in a range of brilliant colors are now worn by many young Emirati men in lieu of the traditional white turbans worn by Emirati men decades ago. This is secured in place by an agal. It is a black rope traditionally used to bind the feet of a camel together for the night. This is done during certain rituals.

The ghafiya, which is quite similar to the prayer hats that Muslims wear. It is frequently worn underneath the turban by males in Emirati culture. Other pieces of traditional dress include a white vest known as a faneela that is worn beneath the kandura and a woozar that is knotted around the waist. Both of these pieces of clothing are fastened around the waist. These two pieces of clothing are often worn below the kandura. for attending celebrations and important events, as well as when interacting with dignitaries. Men in Emirati culture are permitted to don the bisht. A dark cloak that sits above the kandora and covers the head and shoulders.

Emirati girls wear long, loose-fitting black robes, as opposed to their male counterparts, who wear brighter colors. The abaya is an extra item of clothing worn over one’s regular clothes. Everywhere you go, you’ll find Muslims wearing this fabric over their faces, save for their eyes, noses, mouths, and hands. Older versions are often made of crepe or cotton fabrics, and their structure hasn’t changed much since the 1920s. Newer versions, on the other hand, may be intricate with embellished fabric, created by a prominent designer, or rather expensive.

Both men and women have the option of covering their heads according to their religious views. A woman may wear the hijab in a variety of ways. Including the shayla, a thin scarf wrapped around the head to cover the hair. The gishwa is a small veil used to obscure the face while still allowing the wearer to see. There is also the option of wearing a niqab, a full-face veil with just a tiny slit for the eyes. In the Gulf region, women often wear a mask over their brows, nose, and top lip in addition to the traditional burqa. This is done to give extra protection from the sun and dust.

The use of henna is regarded very highly by Emirati women. Just as it is in a large number of other cultures throughout the world. A lady may choose to have henna applied to her hands and feet in order to decorate them with beautiful patterns. In order to mark a significant occasion, such as a religious festival. This may be done in order to commemorate an important event. The application of this design is known as mehndi. This tradition has been carried out throughout time with the hope of giving the bride happiness and success on the day of her wedding.

Tourists are highly urged to dress modestly in order to avoid unwanted attention and to comply with local culture. Even though they are not forced to observe the same dress code as inhabitants of the United Arab Emirates. This means that ladies should not wear clothing that exposes too much skin. They should instead cover themselves entirely from the shoulders to the legs. You may anticipate drawing unwelcome attention to yourself if you are not correctly clothed. If the circumstances warrant it, the police may order you to change your apparel.

Although there are certain religious and government buildings that require visitors to wear a head covering. It is recommended that you have a light scarf with you at all times in the event that additional coverage is required. Dressing appropriately is seen to be more of a tradition at places of worship and other religious institutions, in addition to historic districts. It is appropriate for men to dress modestly as well, covering their bodies from the shoulders down in specific contexts. According to the same norms as women.

In spite of this, certain businesses, such as hotels, nightclubs, and beach clubs, have dress standards that are laxer in order to cater to the needs of their customers. It is not thought to be socially acceptable to walk out in public wearing nothing but a bathing suit. And doing so is not something that one should do. This requires going out to a variety of different locations such as restaurants and bars. When you leave the beach to participate in activities in the nearby area, such as dining or shopping, be sure to have a cover-up with you.

You can buy fabric for making these outfits from a fabric manufacturer or a wholesale supplier like Fabriclore. The company offers 10,000+ designs with more than 1000 fabrics that include, polyester fabric, corduroy fabric, wool fabric, tweed fabric, taffeta fabric, and so on.

You are able to write your own tale since there is such a wide selection of fabrics and simple possibilities for personalization. Each and every cloth that is produced by the firm has its own unique story to tell. Fabrics such as this are made by local craftsmen who use their expertise and professionalism in the process. You are free to create your own clothing and may purchase an unlimited amount of fabric to use. What are you waiting for, let’s go before everything gets sold out! 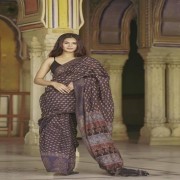 Hello, I'm Bella Fox, I've worked in the textile industry for 5 years, and I'm currently functioning as a product manager at Fabriclore Retail Pvt. I've been operating as a writer and editor for 7 years. During this time, I've worked for a variety of firms and encountered a wide range of information. From lead generation intern to brand manager, I worked on a variety of writing projects, including blogs, online social media postings, and technical articles. And today, at Fabriclore, I am in charge of a variety of tasks, including maintaining their deal with fabric manufacturer and records and overseeing social media sites by creating articles on the internet. Personally I love to experiment with clothes I wear and prefer organic cotton fabric most. When I am not working, I like to paint. It helps me in putting my thoughts into visuals. Often, I like to read books that keep me updated with vocabulary. Apart from painting and reading, I love to travel mountains.

Network as a Service(NaaS): Benefits, Future Potential, and Recent Developments

Top 9 Most Amazing Information About the Universe

What is the best procedure to apply for a new power connection?