The technological trends are drastically evolving and calling for newer initiatives from the app development company. Not long ago, when iOS and Android became two separate entities with their own rights, technology like React Native helped annex them together.

What came into existence as an experimental sample for producing Facebook’s user-interfaces, React Native, has taken the mobile app development industry by storm. It has emerged as one of the most prominent tools used for the development of cross-platform applications.

Apart from its rapidly-growing community and innovative component libraries, React Native provides an opportunity to app developers to effortlessly build complex web interfaces and on-demand mobile applications using the same code. And it is the very reason why this technology has grown into popularity!

Enabling developers to use the same code for both Android and iOS platform brings significant benefits to businesses by saving project timelines and costs. Not only this, React Native UI made it easier for the developers to create great user experiences without tailoring apps into platform-specific interaction and design. In addition, the technology provides flexibility for developers to customize Android and iOS applications with their distinctive taste in app design.

Are you seeking to hire a mobile app development company to build apps in React Native? First, it’s important to keep in check the complete UI/UX guidelines for React Native:

Founded in 2014, Material design is a design language developed by search-engine giant Google. The purpose of this language was to digitally imitate the perception of material objects consisting of shadows, seams, edges and surfaces. The material design utilizes card motif, usually those in grid-based layouts.

To create depth, it promotes the use of other designing techniques such as animations, transitions, shadows and lights. Material Design has been used in apps like YouTube, Gmail, Google Drive, Google apps, and other apps in the Google Play Store.

Like Google’s Material Design language, Apple has its own set of designing principles called “Human Interface Design.” They used their own design techniques to create exceptional iOS apps. Their approach mostly revolves around three fundamental principles: depth, clarity and deference.

To put it simply, this UI technique prioritizes content and makes extensive use of transitions and effects to ensure smooth functionality and design. In addition, it uses motions and layers to represent the hierarchy, along with space, images, and color to reinforce the content while ensuring continuous interactivity.

Important things to keep in mind while designing in React Native

Internal app navigation plays a significant role in the overall app’s success. It is responsible for ensuring seamless app operations and how users move around and find desired destinations within the application. No matter how great your application might be, it will be of no use when the users find it difficult to locate their desired options. Weak navigation leads to poor user experience, and poor user experience leads to less audience, and less audience leads to… well, you know what comes next!

The interface should be comprehensible enough to self-explain the options. Furthermore, it should be designed in a way that can be used by anyone without any assistance. That said, Android and iOS follow two different approaches. Hence, it’s important to carefully strategize the structure and predict the users’ behavior patterns and how you think they will react to your application. Keep your interface straightforward and minimalistic with consistent UX throughout your app for better results.

The selection of the right icon can truly enhance the overall image of your application. The impact of icon selection on user experience is profound. Again, each platform has a different design approach in terms of icons. Therefore, it’s important to keep their standards in mind while working on the icons to ensure consistency.

Android icons are more vibrant in nature with solid temperament and think edges. In contrast, icons in iOS tend to have thin lines with a transparent background.

Cursor rules in the kingdom of desktop, while in the universe of the smartphone, it’s always the thumb that prevails! We mostly use our thumbs to operate smartphones. Therefore, it’s imperative for designers to build thumb-friendly interfaces to enhance the user experience.

Apps developed in React Native are not exactly like native apps, but they should look or feel native to the platform. And in order to do that, app designers should adhere to all the conventional standards set by the platforms so that the users don’t have to learn new procedures. In addition, your app must not feel like an alien to the user’s device; make it familiar and adaptable!

What does React Native have to say to the designers?

Before putting your Native React skills to test, take a look at what Native Reactive has to say about designing:

1. Building for both platforms at once

The most mind-blowing thing about React Native is its ability to render elements in both OS without investing any extra sweat. It can generate equal components for both iOS and Android at runtime. For instance, adding <Image> in React Native can atomically convert to <UIImageView> for iOS and <ImageView> for Android. It will save you a lot of time!

Both operating systems have their separate set of guidelines. Their workforce has spent years researching what suits best with their platforms. React Native should take those guidelines into consideration when developing an app – like the similarities and the differences. While both OS might have some common functionalities and design patterns, some design choices for one platform don’t necessarily work for the other.

The advice: assess the advantages between building something from scratch and from something that is already available to you.

2. Make use of a few basic blocks for designing

You can use basic designing tools – such as rectangle text and imager layers – to craft something. Upon turning designs into code, the developer will recreate the interface through their own set of basic blocks. For example, HTML pages make use of the block to build an organized interface.

The advice: When designing, always consider how the developer would perceive your codes and break them down into their core components.

3. Some features are harder to build than they seem to be

We often take inspiration from other apps while designing our own. Something in a competitor’s app intrigues you, and you thought the same would look cool in your application. But when it gets to a developing stage, only the developers know how difficult it is to incorporate that feature.

For example, Animating web content with CSS animations is relatively easy without using JavaScript. Integrating images and maneuvering them with code is also accessible here. But that’s not the case with React Native – things are a bit complicated here. Designers can only add animations by using libraries such as Lottie, but that too requires a lot of effort.

However, there are certain things that are relatively easier to perform at Native React than native development. For example, designers can use the “elevation” property to add a shadow effect to their designs. This pattern is set as a default setting at React Native, saving you from the hassle of changing the design unless you want customization.

The advice: Don’t hesitate to seek help and advice from your fellow developer. Try to work as a team and overcome hurdles with collective effort.

To conclude, designers must follow iOS and Android design guidelines when designing their own components and features. Both platforms have their own set of design principles, which must be taken into account to ensure consistency and effectiveness. React Native made the job easier to render components of both OS simultaneously. With the help of React Native, designers can build complex web interfaces and mobile applications using the same code. 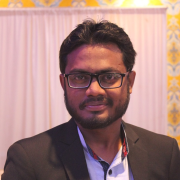 The Easiest Way to Hire a Flutter Developer

All you need to know about Amazon Republic Day Sale:2022