In the last few years, deepfake technology has developed significantly, allowing faces or other parts of a video to be incorporated into one, thereby allowing fusions to be highly effective with realistic images. There are a variety of machines that execute this kind of work. The most popular and the one that has become most well-known for its connection to deep-fake detection is called the generative adversarial network (GAN). The name “deepfake” originates directly from Deep Learning, which is one of the main currents in Artificial Intelligence.

Face swapping first became popular through Snapchat, which lets users make videos with others’ faces or emojis. Many video editors can assist if you want to swap faces in existing videos. Replace faces in any video could be done with ease. There are alternatives, such as green key light technology for screens, and VFX or CGI were employed in cinemas to substitute faces in video. Additionally, face-changing apps, such as Zao Face changer, are available for smartphones, so users can upload their faces and alter their appearance in any video. However, an AI Technology called deepfake is an application that can change the game and change a person’s face to another person’s face.

Deepfake is the latest version of Photoshop, which uses artificial intelligence to create fake images. It is a synthetic media where the person who appears in a photo or video is substituted with another.

One of the most popular software programs used to produce deepfakes is DeepFaceLab. It is free on Windows and is hosted on Github; as a result, it has become quite accessible and resulted in the creation of several online courses pertaining to the service. Again, it uses neural networks to substitute people’s faces in videos and is already widely used on major YouTube channels.

One of the most significant drawbacks of using DeepFaceLab is the need for technical expertise to use the service. After downloading the program, you will immediately be prompted to unzip it, at which point you will be presented with a large number of folders and batch files. It also comes with a folder labeled “workspace,” which contains all the various training models. In addition, it is compatible with certain file names and locations for the batch file to operate as intended.

How Does It Work?

The principal method of replacing faces in videos uses the AI face-swapping technique. The technique first became popular in the past few years and has been widely praised and criticized since its introduction. Any video made using the Face-swapping AI technique is called “deep fake.

The techniques are used to substitute a person’s face in a video with the image of a different person, like a celebrity or politician, a well-known person, or even an unknown person. Machine learning is the field of computers and AI involving pattern detection and inferencing to complete tasks using sophisticated algorithms. In more detail, this AI method or tool uses Generative Adversarial Networks to produce a fake using face swapping videos. This process employs two machine-learning algorithms, an instruction set for the computer to complete an action.

The second algorithm analyzes the fake video produced with the original algorithm. The second algorithm is run if it determines evidence that it’s not authentic. This time, it is the algorithm that “learns from” and tries to fix the mistakes made in the fake video. This process is repeated until the next algorithm is unable to determine if the video produced with the original algorithm is genuine or fake. The image created by the software for changing faces is extremely real, and it is difficult for viewers to determine its authenticity.

There are a variety of deepfake tools on the market, and the results generated by different algorithms vary widely. Currently, there are three most commonly used AI deepfake tools: DeepSwap.ai and Deepfakesweb.

It is worth noting that the general expression information such as joy, anger, sadness, and music collected by DeepSwap.ai in the early stage mainly comes from the big data library, rather than their users’ personal data. This also means that the face replacement realized by the adversarial generative network technology only requires a few personal face photos. In the beginning, the creation of the deepfake technology required about 300-500 pictures of the deepfake person, but with the continuous improvement of the technology in recent years, 3-5 relevant photos would be enough to generate nice deepfake photos or videos.

In addition, the operation steps of DeepSwap.ai are relatively simple, which is very convenient for people who are not tech-savvy. Just upload the face photo and the material that needs to be edited, and then click to change the face and get a realistic result in several seconds. You can do this even if you’re a layman who doesn’t know anything about video editing or AI technology.

DeepSwap.ai is one of the best face merge websites on the internet. It is a deepfake site that can swap faces in an image, GIF, or video in a few seconds. It is a new AI face-swapping tool developed by RandD’s AI expert team. DeepSwap.ai is based on a deep learning algorithm that can create high-quality deep fake videos of people doing something they have never done before.

This deepfake online web uses data models derived from their internal models. It means that DeepSwap.ai does not collect users’ data. The user’s shared data is protected and secure and no one except themselves has the access to the data.

If you want to create a deep fake video, you only need to take 3 simple steps. Then the tool will generate the result in a few seconds. DeepSwap.ai uses AI deep learning techniques to enhance the quality of deep fakes.

The monthly subscription charges only $9.9. With this powerful tool, you no longer need a gaming GPU or a multi-thousand-dollar budget to create a quality deepfake.

Most face merge websites can only detect 1 or 2 faces in one video while DeepSwap.ai can detect and edit up to six faces in a single video.

Most face merge websites put a watermark on your work. Sometimes uploading files don’t work on an app if they are against the app’s rules. But DeepSwap saves you from all kinds of these troubles. The merits of DeepSwap are as follows: 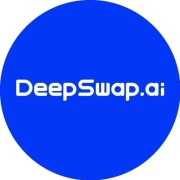 Why Dynamic Pricing With Discount Rules are Important on Your Store

Why is React Native Preferred over Hybrid?

5 Soft Skills to Help You Increase Your Corporate Cybersecurity Skills