Graphic design has a rich history. The word “graphic design” didn’t appear on the scene until 1922, when William Dwiggins created the word to describe the art of designing with graphics. In the earliest days of graphic design, professionals drew by hand. In the beginning, designers were artists who sketched shapes and concepts based on current trends like the modernist graphic design movement. As the industry became more fundamentally connected to technology, and innovative tools began to advance, the field of graphic design has begun to evolve.

Graphic design is about communicating through visuals. The more graphic design companies learn about human psychology, customer behavior, and environmental trends, the more the art of design transforms.

Even though the term wasn’t yet coined, some of the earliest designs included typography for books and newspapers. One could also argue drawings on cave walls represent a form of ancient graphics.

Fast forward to the 1900s when posters became a form of expression. During the 1940s, the graphic design appeared in propaganda posters of the era, such as the “We Can Do It” poster with Rosie the Riveter. Slogans were short, to the point, and added to a graphic that set the tone.

As technology began to change and become available to more people, the entire industry that would become known as graphic design began to emerge.

At one time, only wealthy people had televisions in their homes, but by the 1960s and into the 1970s, TVs became as commonplace as radios. The face of design changed because of the influence of television advertising.

The political protests of the time also inspired the reemergence of poster art. This time the art focused on civil rights and the Vietnam War. Every day Americans began to use flyers with these designs to get their messages out.

Some of the elements from Japanese art that became more common were things such as symmetry, colors that meshed well together and icons in the center of the design. Although psychedelic designs continued into the 70s, designs also began to include people touting various products and the use of icons.

The 80s were all about bold, bright colors that grabbed people’s attention. Personal computers became affordable for everyone, putting design tools into the hands of all. In 1985, Microsoft introduced Windows, which meant people no longer had to learn MS-DOS to operate a computer. You just clicked on a few buttons and it was easy to design anything.

The decade was also known for its big, blocky text.

In 1990, Photoshop 1.0 arrived on the scene. Back then, you could only use Photoshop with Macintosh computers. The birth of this new tool again changed designers’ ability to experiment with new techniques, including overlapping text, faded elements, and digital overlays.

Few things have affected the history of graphic design as significantly as the rise of technology and digital transformation. We can only look back in awe at the impact the digital revolution has had on the way we work, communicate, and socialize. Some of the modern graphic design trends we’re seeing today include:

1) Today’s customers are busier and more rushed than ever before. They don’t have the time to deal with design companies who can’t convey their personality and intent within the simplest possible graphic. In the past, companies who wanted to make a big impact would go big, bold, and even complex with their logo designs and websites. Today, simplicity is the key to success.

3) Lately, it seems that modern graphic design is on a path towards trends that are simpler, yet more immersive at the same time. The history of graphic design has evolved to a point where experts have recognized the importance of customer experience, and what that means to visual content.

The function has overridden superfluous design details today, and brands are striving to reduce their core assets, while simultaneously packing more meaning into every element.

Graphic design doesn’t need to be bulky and complex anymore. It just needs to make an impact and mean something.

There is a saying “Education is the passport to the future, for tomorrow belongs to those who prepare for it today”

With the present thread, the graphic design has taken I personally believe the future holds more positive promises, the designs as checked from the beginning of the post portrays the fact that there’s been an

evolution process present and this evolution have continued ever since, so its strongly believed and sited that ‘the past and present determine a significant aspect of your future, and for these case study it has proven to be without a doubt going to yield into something worth investing on.

Graphics design company would forever remain a top brand company that would never go into extinction, and that’s because it never fails to grow out from its mistakes and that’s why you see a design make one of the worst designs today, check by tomorrow, he’d definitely had learned the mistake and correct them in the new design, unlike most another profession, am not saying other sectors fail to grow out from their mistakes but what I’m saying is Graphic design is more notable for this trait. Someone once said, “The hardships that I encountered in the past will help me succeed in the future” and that’s why graphic design continues to be top-notch to other sectors. Note there’s been no successful endeavor historically that travailed without setbacks and hardship, your setbacks should build you and not break you. 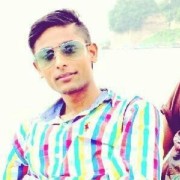 How to Write The Perfect Logo Design Brief?

How to use Virtual Sympathy Cards