We are in the midst of the electric automotive revolution, and it will probably develop in the coming years. Unlike gasoline-powered vehicles, electric vehicles run on electricity. EV replace traditional modes of transportation, which pollute the environment. Due to several technological developments, EV have grown in popularity in the last few years. In addition, governments of various countries are also focusing on promoting environment-friendly solutions in order to save the environment.

Recently Toyota, a Japanese automaker, inked a partnership with BYD, a China-based rechargeable battery manufacturer, to launch affordable electric cars. Thus, all of this will contribute to the growth of the EV industry.

Why are electric vehicles growing in popularity?

Electric vehicles are considered better than traditional vehicles in terms of fuel efficiency, carbon emissions, and easy maintenance. In addition, the ease of charging at home, smoother ride, and lower engine noise may further benefit the EV industry in the coming years. The three categories of EV are battery, hybrid, and plug-in hybrid. All these factors are increasing the popularity of electric vehicles.

Climate crises are growing all around the world. Moreover, increasing industrialization and urbanization will further damage the environment. Thus, it is essential to curb the pollution caused by vehicles.

Car and truck emissions are not only harmful to the environment, but they are also bad for human health. Asthma, bronchitis, and cancer are caused by air pollution from gasoline and diesel-powered automobiles. Statista estimates that in 2020, passenger cars accounted for around three billion metric tons of carbon dioxide emissions globally.

The advantage of charging anytime

Electric vehicles have the advantage of being able to be recharged quickly. It makes electric vehicles an attractive option for truck and bus fleets that visit a central depot or yard on a regular basis. New recharging solutions, such as installing additional public charging sites in shopping centers, parking garages, and workplaces, will be required as more electric vehicles join the market.

The governments of various countries are working on developing an effective charging infrastructure for electric vehicles. California utilities are spending around US$1 billion to create the charging infrastructure needed for electric cars, trucks, and buses across the state. In addition, by the end of 2021, South Korea aims to build 3,000 new fast-charging stations for electric vehicles. For the first time, the Ministry of Finance has announced to include 43 ultra-fast charging stations and expects to provide subsidies to car manufacturers.

Are electric buses and electric trucks the new future?

The growth of the electric bus segment

Transit buses, a reliable source for daily travel, may fuel the electric vehicle revolution. Buses are the backbone of the public transportation system, providing inexpensive transportation to the public. The electric mode for buses is forecast to be a key step in bringing the EV revolution. In addition, authorities in various countries are planning to change the outlook of the passenger vehicle segment by completely shifting to electric buses from conventional buses. In 2019, Nitin Gadkari (Indian Union Minister of Road Transport and Highways) announced that the Indian government is forecast to change the outlook of the automotive industry by switching traditional buses to electric propulsion types to reduce pollution in the country.

The advent of electric trucks

Delivering goods through electric trucks can make a clean difference. Even if there are a comparatively small number of diesel and gas trucks on roads and highways, these vehicles contribute significantly to climate and air pollution. The traditional trucks generate diesel “death zones,” which cause severe respiratory and heart problems.

Various companies are introducing efficient electric vehicles in the market due to the potential scope of these vehicles. Thus, it will boost the adoption of electric vehicles globally. Jaguar unveiled its aim to sell entirely electric cars by the beginning of 2025.

Automakers are recognizing the potential of electric vehicles in the coming years. Thus, they are launching innovative solutions, expanding their production capacity, and entering into a collaboration to boost their revenue generation.

The electric vehicle market is forecast to grow because of the environmental benefits and the authorities’ initiatives to save the environment. In addition, the COVID-19 pandemic has changed the entire outlook of looking into life. It has become essential for people to look over health. Thus, with the growing awareness about the environment, the demand for electric vehicles will ultimately increase.

According to Astute Analytica, the global electric vehicle industry will grow significantly at a compound annual growth rate (CAGR) of 23% during the forecast period from 2021 to 2027.

Read about A Recent Trends in Perovskite Solar Cells 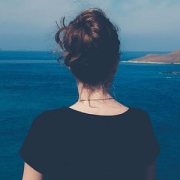 How to Hire Accountant: The Complete Procedure

Test Drive: The Significant Part Of Purchasing A Car

Cleaning Services In Massachusetts And How They Work